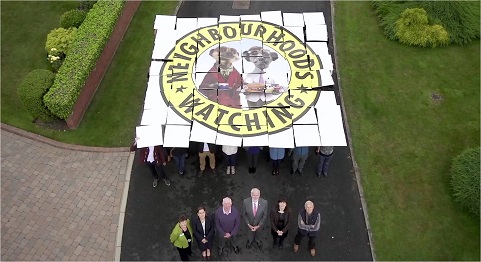 ​Rent a Crowd for Neighbourhood Watch

We recently provided a small crowd of 64 people for a PR agency that had been given the task of generating interest in the service and benefits of being part of a neighbourhood watch group.

The crowd had to be exactly 64 people and made up of young, old, male and female and they each needed to hold a sign above their head which when viewed from an aerial shot created a large neighbourhood watch logo.

The crowd hired needed to be on site and ready to go at 7.30am at a sleepy cul-de-sac location as the local TV and papers were there ready to cover the event.

Everything went brilliantly and the PR agency were “blown away” not only that we arranged the crowd in such a short space of time but that everyone arrived on time and was well briefed on what was required from them.

Why use Flash Mobs?

Why use Flash Mobs? Spectacular and eye catching, Flash mobs are a perfect way to…

Ditch New Year Resolutions – and Have a Bucket List Instead!

Ditch New Year Resolutions – and Have a Bucket List Instead! As we stand on…