Crowd Hired for a Photo Shoot

Here at Rentacrowd we have recently had the pleasure of working alongside EUFA in a campaign to raise awareness and stop match fixing. For the event over one hundred of our staff members took part in a photo shoot at Fulham Fc ahead of their Europa League clash. The photo shoot took a few hours and used our staff to act as football fans arriving at the ground and having short parts in a video that show how the people from all backgrounds unite against match fixing in Europe. The event was a huge success and is all set to make its media appearance for the new campaign in late march. 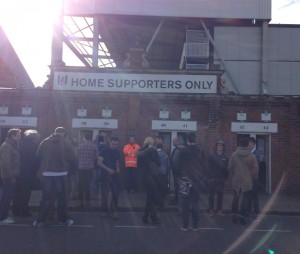 Our favourite PR stunts of 2020

A crowd of body confident ladies!

A crowd of body confident ladies! A year ago we provided a crowd of ladies…

Why use Flash Mobs?

Why use Flash Mobs? Spectacular and eye catching, Flash mobs are a perfect way to…